So far, nothing from the car has ended up on craigslist.

Hope you're enjoying your carseat and doula-gear, you dickbag.

I was thinking originally that hte leaking tire might be a GOOD thing because it would man the car would get dumped faster.  But now I'm wondering if what happened is something like, whoever stole it just drove to his girlfriend's house and parked and the next morning the tire was flat so it's just been sitting on some residential street.   I mean we just had a friend's van die in front of our house and not move for four days and no one batted an eye-lash at that.  It's not like a subaru station wagon looks weird or out of place - ya know?

They say that, in Seattle, 85% of subarus are found, but everyone I know who's had a subaru stolen got it back in just a few days. (My dad got his back the SAME DAY.) It's been ten days now.

Anyway, here's our car-flyer, if you're in the Seattle area, plase keep an eye out. 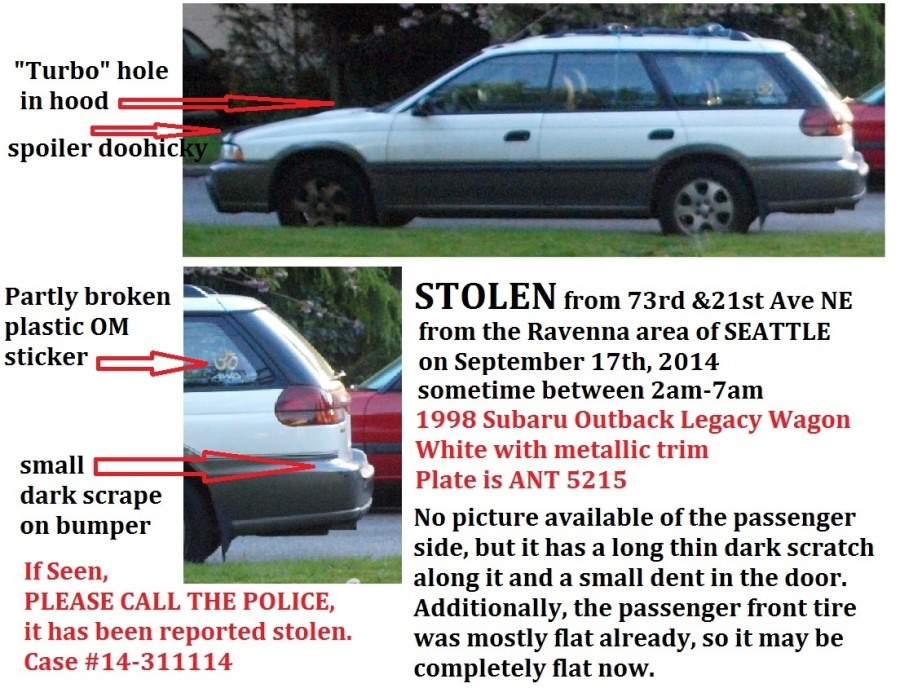